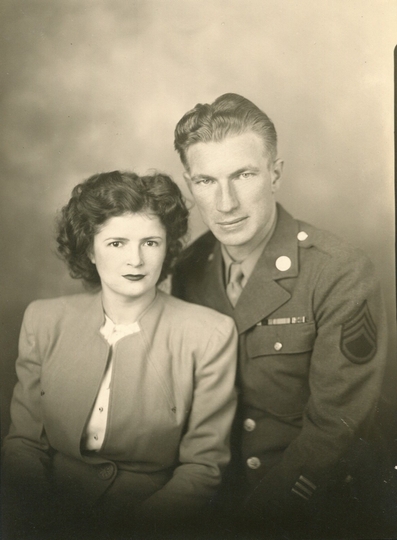 Juanita Dotson Bell, died July 10, 2022 in Caribou at the age of 100 – nearly 101. She was born in Pleasants County, West Virginia on August 29, 1921 the daughter of Floyd Luther and Happy Hattie (Morrell) Dotson. Juanita married her sweetheart, Carroll Bell, after he returned from WWII in 1945. She traveled the world as she raised her family as a U.S. Air Force military wife. In California she became a grandmother, which would happen four more times. Later, Juanita lived with her daughter Alicia and son-in-law, Dennis, continuing worldly adventures with her military family. Juanita has been to areas of Asia, Europe and all over the U.S. She became lovingly known as “Gram” all around the communities and was known for her youthfulness and smile. Gram attended many sporting and school events to support and cheer on her family. Gram celebrated her 100th birthday in 2021 with friends, 11 great-grandchildren, and the rest of her family. Her 101st celebration was already being planned, and at the top of her list was a Disney cruise with the entire family. You could often see Gram beating everyone at a game of Yahtzee or Dominoes with family, watching Wheel of Fortune, working a puzzle, doing her nails, making pies, and supporting the U.S.A in her red, white, and blue. Gram lived the last of her years in Caribou, which she loved and was her dream. She enjoyed wildlife; watching birds, squirrels, bear, deer, and the changing seasons. Gram lived every day surrounded by family who love her and will miss her beyond words. She is survived by her daughter, Alicia Babiarz and husband Dennis of Caribou, her 5 grandchildren, Zakary Babiarz, Noah Babiarz, Jonah Babiarz, Chelsey Anderson, and Hanna Cook, and her 11 great-grandchildren. She was predeceased by her parents, her husband, and a son, Ray Bell. Private family services will be held.

by Galen and Brenda Thibodeau

Condolences
So very sorry for your loss! She was an amazing woman who will never be forgotten!

Condolence
To the Anderson and Cook families: I am so deeply sorry for your loss of this wonderful lady.